Many new ferret owners feel stigmatized by the awful smells they face once they get their fuzzies home. They try a lot of things, and nothing works, which eventually ends badly for the ferret. To help out with these issues, I decided to figure things out. So, I took out my phone and started researching all about this subject.

This is what I found out. Why do ferrets stink?

Usually, Ferrets sold in the United States are descended and therefore do not smell that much. [2] Also, the smell is relative. A person living with ferrets for long won’t get the same whiff as someone who hasn’t ever held a furball.

Sometimes, ferret parents do a lot of dumb stuff to remove the ferret odor. This is especially dangerous for ferrets. Read along to know why.

Contents show
1 How bad do ferrets smell?
2 Are ferrets smelly?
3 How do I stop my ferret from smelling?
4 Is GoodBye odor safe for ferrets?
5 Is Descenting a ferret cruel?
6 Can you get ferrets that don’t smell?
7 Do ferrets spray?
8 Related Questions
8.1 Can you keep a ferret in your bedroom?
8.2 Do ferrets make your house stink?
8.3 How do I get the ferret smell out of my room?
8.4 Do ferrets smell worse than rats?
8.5 What does the ferret scent-gland removal cost?

How bad do ferrets smell? 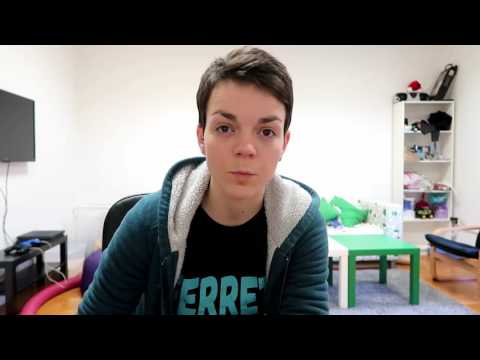 Ferrets don’t smell too bad. They have a slight musky odor, and if their surroundings are clean, they do not emit a lot of it. The biggest concern can come from their urine if it is not cleaned properly.

If your ferret is unusually smelly without any reason, then it is time for a vet visit. 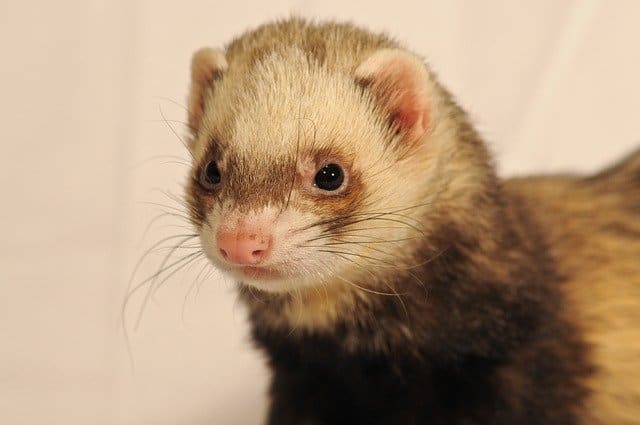 Ferrets have a natural musky smell to them, but when de-scented, they do not emit much smell at all. Ferrets come from the weasel family like skunks, and therefore scent is natural to them.

New ferrets from shelters will generally smell more due to their previous places (shelters/breeders, etc.). Don’t immediately try to change their smell. Give them some time, and then you can use the methods we have listed in the next few paragraphs.

Even if you do all the things in this article, there still be some smell to them and usually ferret parents get accustomed to it.

How do I stop my ferret from smelling? 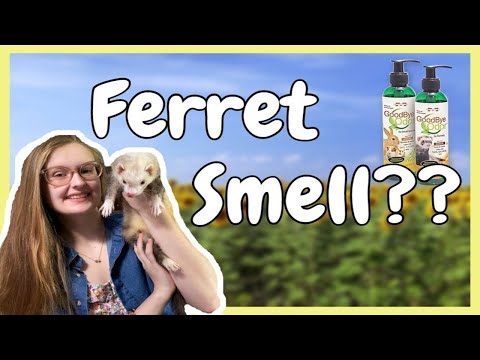 To stop ferrets from smelling bad, you can do the following things:

Keep their surroundings like cages, hammocks, beddings, litter boxes clean as they can be one of the most common reasons why ferrets smell foul.

Also, make sure to deep clean the cage once a month. You’ll be amazed to find out how much gunk there is that is unseen through the naked eyes.

You can buy some scent-reducing litter so that the urine and poop don’t smell that much.

If your ferret is not descented, you can descent her to save a lifelong headache. 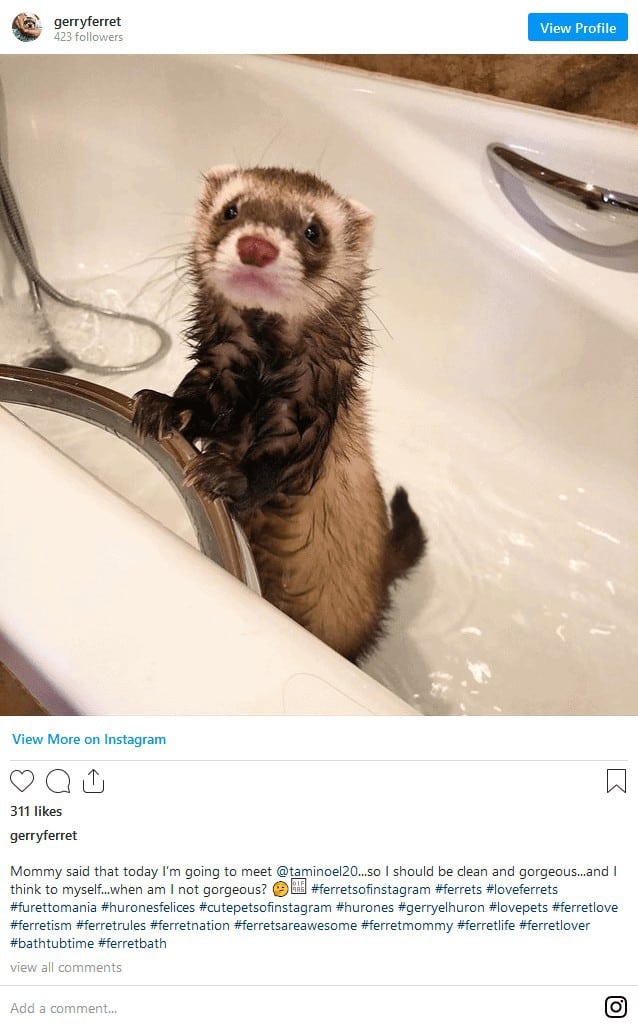 Bathing and grooming help, but if done regularly, it can result in more smell as their glands emit more odor to counter the effects of the dry skin. You can give them oatmeal baths to counter such situations. We have written a detailed post on it here.

Give a bath only when necessary or use the thumb rule to bathe them only 3 to 6 months.

Not cleaning their eyes and ears can also result in foul odor— Groom the fuzzies at least once a month not to have such problems. You can use a moist Q-tip to clean the ears but be careful. [3] These are tiny creatures, and any force can damage their eardrums.

You can also use ferret spray and ferretone to dampen the smell a bit. These will not eliminate the odor but dilute it a bit, so it becomes less unpleasant. But, make sure not to put it directly on the ferret skin. Instead, use the spray on a towel and then use that towel to brush their fur slowly.

Ferretone likewise can help in making the skin healthier.

If you want to remove the excess oils from their skin without bathing, you can give them time to play in the dirt or provide them with a rice box.

Their environment also plays a large factor in the smell. When ferrets are stressed, they release hormones that, in turn, release more smell inducing oils in the skin.

Ferrets can get stressed in small, confined environments where they can’t freely roam around. Therefore, provide a large enough cage and make sure they aren’t worried anymore.

Use pillow covers to cover the bedding. Ferrets are messy creatures, and they mess their beddings quite often. In this way, you don’t have to clean all the beddings all the time. Now, you can remove the covering and clean only them instead of all of the stuff.

Use only hypoallergic gentle detergents (unscented) to clean their beddings, toys, etc. To clean other objects like cages, etc., use a diluted vinegar solution.

Vacuum often to remove their smell and hairs from the carpet. If you have an automatic solution like a Roomba, that will work as well.

Yearly replace their litter boxes as they can get enamored by ammonia smell, and that smell is harmful to the ferrets.

Do not use products like Febreze can cause respiratory problems for your fuzzy.

There are indoor plants like Boston ferns and spider plants that can absorb a lot of smell. [4] Try to have them in your home.

Besides cleaning, diet is the most important element to why ferrets smell. Ferrets are not made to eat kibbles with a lot of fillers like corn, wheat, etc. They work best on a raw diet. With raw diets, they have fewer digestive issues as well. 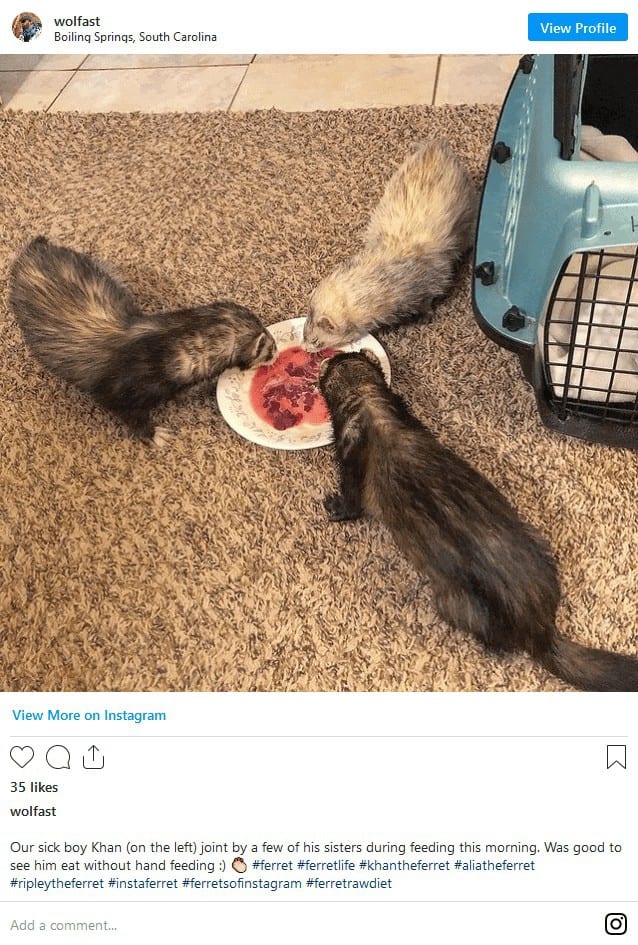 Raw diets also help in reducing tooth cavity and smell to a minimum. Ferrets can also absorb raw diets easily than a packaged kibble, and therefore they fart less, and their poops are less smelly.

Avoid unhealthy processed treats and rancid foods. They can also be a great source of your smell problems.

Water helps a lot with digestion, and therefore it should be provided in ample quantity. A bowl is also more viable as it allows the ferret to drink more than, say, a bottle does. Bottles can also chip their teeth, so they aren’t recommended at all.

If they get water from a bottle, that could enable them to drink less and be less healthy.

Use a ceramic bowl instead of a plastic one as things get stuck in plastic quite often, and such things, if stuck for a long time, can create digestive issues.

Sometimes ferret parents would like to use essential oil essences or sprays, but they shouldn’t be used ever as they could cause respiratory issues.

Is GoodBye odor safe for ferrets?

Goodbye odor is safe for ferrets, and a lot of people find it useful in dealing with the smells, especially the fecal ones. However, some users on Reddit have reported [5] that their ferrets have suffered vomiting due to it. So, it can be a case-to-case basis thing. A better idea would be to shift to a raw diet before using it.

Is Descenting a ferret cruel? 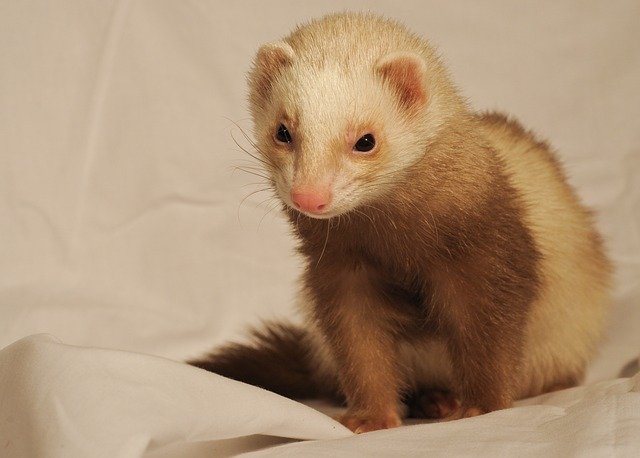 De-scenting ferrets make very little sense since the ferret would still have skin glands that would excrete smell. Also, many countries outside the US deem it as animal cruelty and consider it illegal. [6] So, if you have an un-descented ferret, let it remain that way. An untimely poof harms no one.

Can you get ferrets that don’t smell? 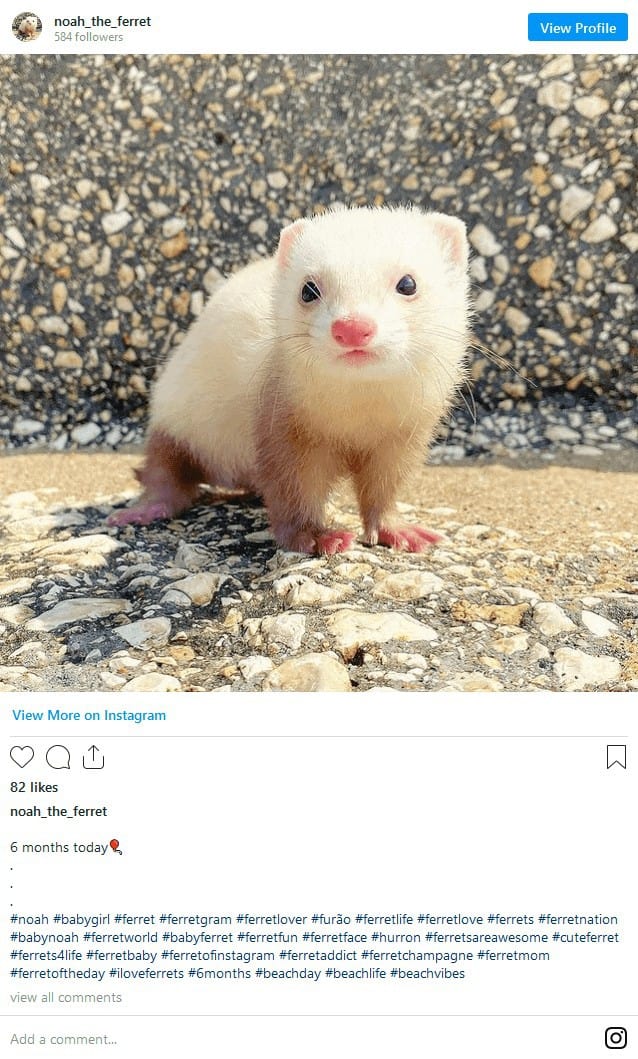 You can get ferrets that don’t smell by buying pre-descented and neutered ferrets. However, they will still smell more than you think, and remove 100% of their scent is neither possible nor advised. A little musky smell poses no harm to anyone. 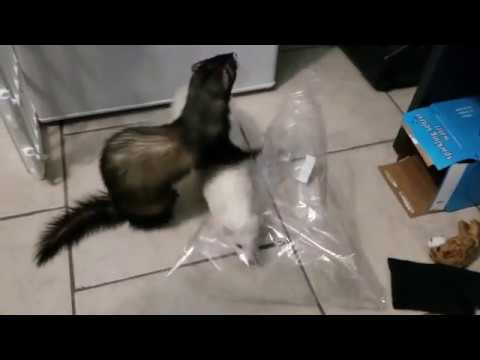 Ferrets spray in the wild when they are frightened by a predator and want to escape from the situation. They can also spray in household environments if they are overexcited. These only occur if ferrets still have their scent glands.

A random poof is not something you should be worried about.

Can you keep a ferret in your bedroom?

You can keep ferrets in your bedroom if it has enough space for them to roam around. Make sure to ferret proof your bedroom before placing the fuzzies there as they are little chewing machines and can get through anything, especially the carpets and like.

Do ferrets make your house stink?

Yes, ferrets will make your house stink a little bit, especially the room where their cage is. The smell is not that pungent, and you will start loving it once you get comfortable with it. However, if you have problems with animal smells, do not adopt a ferret.

How do I get the ferret smell out of my room?

You can do several things to remove the ferret smell from your room. Firstly, open up the windows to get more ventilation. Then, you can start with the diet and cleanliness, as mentioned in the guide above. There will still be some musky smell but not that much.

Do ferrets smell worse than rats?

Ferrets have an innate smell, while rats if kept clean, don’t smell at all. So, yeah, ferrets smell worse than rats do.

What does the ferret scent-gland removal cost?

The cost for ferret gland removal is between $200 to $300 depending on the area you live in—this procedure also costs slightly more when done to young ferrets (6 weeks and younger).

Continue Reading
link to Why Do Ferrets Sleep So Much? A Guide to Ferret Sleep!

Every ferret owner is concerned about their cute fuzzies not getting enough sleep, but how much sleep is enough? How much should they sleep? What to do if they don't sleep? What if they are sleeping...